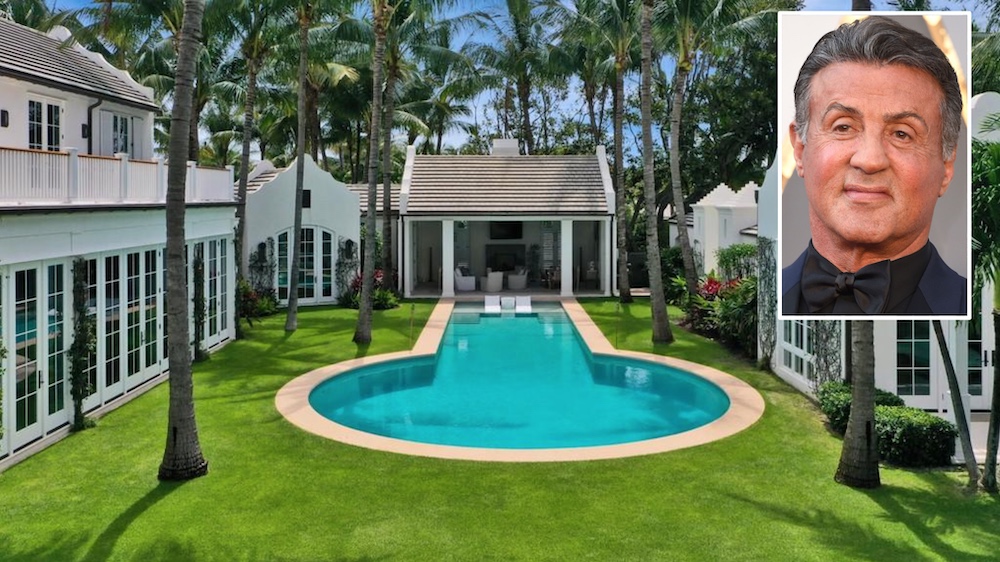 Sylvester Stallone has punched up a purchase in Palm Beach, FL. According to the Palm Beach Daily News, the Hollywood legend has scored a compound in the Sunshine State.

The star of âRockyâ reportedly paid $35,375,000 for the waterfront spread. The property, listed in âpending saleâ status, came on the market in June for $37.85 million. Stallone seems to have snagged a minor discount.

With seven bedrooms, 10 full bathrooms, and two half-bathrooms, the mansion, built in 2014, offers 13,241 square feet of living space and 250 feet of sandy beach on the lake, the listing description states.

What it describes as a âsensational estateâ offers three structures, which include a main house, guesthouse, guest pavilion, and an open cabana across from the pool.

The waterfront property also offers a boat dock and is designed with âcasual eleganceâ in mind. Modern interiors include multiple living spaces, a formal dining room, a huge eat-in kitchen, and multiple French doors that open to the lawn outside.

In addition, the layout includes a gym, wine storage, library, and a family room with a wet bar. Outside, the grounds feature a pool with a beachfront spa that practically touches the lake.

Stallone joins numerous other celebs in the area. Jon Bon Jovi, Rod Stewart,Â the author James Patterson, and the former wife of Tiger Woods, the model Elin Nordegren, own homes in the upscale enclave. President Donald Trump‘s Mar-a-Lago is also nearby.

The âRamboâ star has been busy on the real estate front. This spring, he placed his desert getaway in La Quinta, CA, on the market for $3.35 million.

Stallone bought the four-bedroom home, located inside the Madison Club, for $4.5 million in 2010. But it eventually became expendable. He wound up selling the golf retreat at a loss, for $3.15 million.

Stallone, 74, has been a screen star for decades. He’s known for the âRockyâ series, which more recently led to the spinoff âCreedâ films.

Lawrence Moens with Lawrence A. Moens Associates holds the listing.