Do You Qualify for Any of Januaryâs Class-Action Settlements?

The New Year brings new opportunities to seek restitution for wrongs committed in previous months and even years. Take a look at this monthâs list of class-action settlements to see if any of these offers will let you add some cha-ching to your pocket as you ring in 2021.

Anyone who was affected by UnityPoint Health data breaches in 2017 and 2018 may be eligible for up to $7,000 plus a year of free credit monitoring and identity theft protection.

Also known as Iowa Health System, the lawsuit claims UnityPoint was hit by a data breach that began in November 2017. The multi-hospital delivery and health care system purportedly found the ongoing breach in February 2018, but failed to notify affected persons until April or even July of 2018.

UnityPoint denied wrongdoing, but agreed to a $2.8 million settlement. UnityPoint Health said it contacted all affected consumers whose personal information was exposed during the 2017 and 2018 data breaches.

File your valid claim by March 2, 2021 to receive a year of free credit monitoring and up to $1,000 in âordinaryâ expenses, including a maximum of three hours of time valued at $15 per hour and documented out-of-pocket expenses you incurred due to the data breaches, such as postage fees and internet charges. You also may claim up to $6,000 in âextraordinaryâ expenses related to identity theft or fraud caused by the data breaches, including false tax returns and interest on loans you had to take out because of canceling your credit card accounts.

You could be eligible for expense reimbursement, cash payments and free credit monitoring services as the result of a $4.2 million class-action settlement.

In October 2019, Kalispell Regional Healthcare notified patients that hackers were able to access employee email accounts and used those accounts to access the personal data of patients.

In response, a lawsuit alleged Kalispell didnât do enough to protect against hackers. The company did not admit to any wrongdoing, but agreed to settle for $4.2 million.

If you were notified by Kalispell Regional Healthcare that your personal information might have been compromised, you could be eligible for reimbursement of up to $15,000 in expenses related to the breach. You also may be eligible for up to five hours of time at the rate of $15 per hour.

In addition to reimbursement, you can choose between five years of Experian credit monitoring services valued at nearly $720 and an alternative cash payment of up to $100. Exact cash payment amounts will vary but will not exceed $100.

If you owned or leased specific 2007 through 2019 models of BMW vehicles, you could claim up to $1,000 in reimbursements.

A class-action suit alleged the affected vehicles were equipped with electric coolant pumps that once they failed, caused engines to overheat, resulting in the need for expensive repairs. The lawsuit further alleged BMW knew of the problem but did not fix it or reimburse owners and lessees for resulting repairs.

Car owners and lessees may receive a maximum of $1,000 in out-of-pocket repair costs for parts and labor required to replace one failed electric engine coolant pump and a thermostat, if such replacement was needed within the first seven years or first 84,000 miles the vehicle was in service. In addition, BMWâs New Passenger Vehicle Limited Warranty may be extended to seven years or 84,000 miles.

BMW also will replace an electric coolant pump that fails for one year after the settlement becomes effective, no matter how old the vehicle is or how many miles it has on it.

We have the complete list of models covered and all the details you need to make a claim by the Feb. 18, 2021 deadline.

See more in Make Money or ask a money question

If you bought Sports Research Corporationâs Premium MCT Oil products or Turmeric Curcumin C3 Complex products, you could be eligible for a portion of a settlement over allegations of deceptive labeling practices.

The premium-priced products that were labeled âpacked with beneficial fatsâ and capable of fostering ânaturalâ energy purportedly were falsely advertised. The MCT Oil merchandise contained 14 grams of saturated fat that did not allow it to be considered âhealthyâ as part of a diet. In addition, the ânaturalâ energy supposedly induced by the use of raw coconut materials allegedly underwent processing.

The MCT Oil products were also promoted as containing antibacterial, anti-microbial and anti-viral properties, while the Turmeric Curcumin C3 products were marketed as anti-inflammatory products that provided antioxidant benefits.

If you bought Sports Researchâs MCT Oil products or Turmeric Curcumin C3 products between Jan. 9, 2016 and Jan. 9, 2020, you could be eligible for either a $7 voucher to be used toward the purchase of any Sports Research product or $3 cash.

File your valid claim by Feb. 23, 2021 to receive your healthy dose of restitution.

Were you unable to access your Chime deposit account between Oct. 16-19, 2019 because of a service disruption? If so, you could be eligible for a portion of a $1.5 million class-action settlement.

The intermittent outage lasted for several days, according to the lawsuit, which resulted in late bill payments and disrupted purchases. The suit also says Chime failed to warn users of the outage and only communicated via Twitter.

Chime did not admit to any wrongdoing, but agreed to the class action settlement.

Compensation is divided into two tiers. Tier one allows consumers who suffered a loss due to the service disruption to receive a cash payment up to $25 with no proof of such loss. Tier two provides payments up to $750 for those who can provide documentation.

Former owners and lessees of certain 2012 to 2015 models of BMW vehicles could be eligible for reimbursement for allegedly defective timing chain components.

A lawsuit that alleged certain BMWs equipped with N20 and N26 engines were prone to experiencing damage and needing costly repairs because of defective timing chains.

BMW owners and lessees may qualify for either a reimbursement program or a prospective repair program.

A separate program provides reimbursement for future repairs. Some of these claims will be covered under vehiclesâ existing warranties while others will be reimbursed for between 40% and 75% of the total repair costs. Vehicles must be taken to a BMW center.

Expenses are only eligible for reimbursement if the damage was caused by failure of the timing chain or oil pump drive chain modules. Vehicles that have over 100,000 miles or have been in service for over eight years are not eligible.

Check out the details, the list of covered vehicles, and the claim form that must be submitted by the estimated deadline of March 18, 2021.

Navy Federal Credit Union has agreed to a $16 million settlement over allegations it charged unfair non-sufficient funds (NSF) fees to its customers.

Navy Federal customers who were charged two or three NSF fees on one transaction between Jan. 28, 2014 and Oct. 27, 2020 may be eligible for cash payments or account credits.

Multiple fees purportedly were incurred when a merchant presented a transaction for payment several times after an initial rejection. With each attempt, Navy Federal allegedly tried to process the payments again, which resulted in an additional NSF fee. This practice of charging the additional NSF fees violated Navy Federalâs own terms of its agreements, according to the suit.

Exact awards will depend upon the number of NSF fees charged and the number of customers who agree to participate in the settlement.

No claim form is required because cash payments or account credits automatically will be distributed, but you have until Feb. 24, 2021 to object to the settlement or to ask to be excluded from it.

This was originally published on The Penny Hoarder, which helps millions of readers worldwide earn and save money by sharing unique job opportunities, personal stories, freebies and more. The Inc. 5000 ranked The Penny Hoarder as the fastest-growing private media company in the U.S. in 2017. 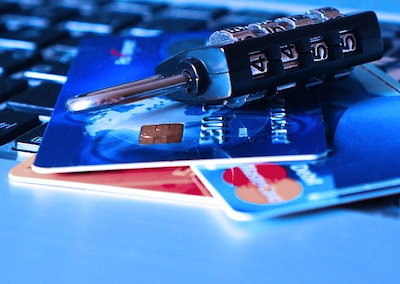 In the age of paperless transactions, identify theft is something that virtually all of us are susceptible to. If your identity is stolen, the consequences can be severe, and in some cases, can take years to recover from. One way to be proactive against fraud and defend yourself from identity theft, is to freeze your credit report with each of the three major credit bureausâExperian, TransUnion, and Equifax.Â

Placing a credit freeze on your credit report will stop identity thieves from being able to open new accounts, lines of credit, or make any large purchases in your name, regardless of whether or not they have your Social Security number or any other sensitive information.Â

What a credit freeze means

A credit freeze is a process that shuts off access to your credit reports at your request. Without your verified consent, your delicate information cannot be acquired. This means that if someone were to attempt to apply for credit in your name, your report would come up as âfrozen,â and therefore the creditor would not be able to see the information needed for the application to be approved.

You can unfreeze your credit at any time by using a PIN or a password.Â

Reasons to freeze your credit

It might be a good idea to freeze your credit if youâre experiencing any of the following situations:

How to freeze your creditÂ

The process of freezing your credit is simple but does require a few steps. You will need to get in touch with each of the three major credit bureaus one by one and request a credit freeze:

The credit bureaus will ask you for your Social Security number, your date of birth and other information to verify your identity.

How to unfreeze your credit

Once youâve frozen your credit file, it will be remain blocked until you decide that you would like to unfreeze it. You will need to unfreeze your credit report in order to open a new line of credit or make a major purchase.Â

Unfreezing your credit file is simple. All you will need to do is go online to each credit bureau website and use the personal identification number (PIN) that you used to place the freeze on the account. If you donât want to complete this task online, you can also unfreeze your credit file over the phone or through postal mail.Â

When the unfreezing process is done online or by phone, it is completed within minutes of submitting the request. However, if you send your request via mail, it will take much longer.Â

Keep in mind that you donât necessarily need to unfreeze your credit through all three of the major credit bureaus if you donât want to. For instance, letâs say you plan to apply for credit somewhere. You can ask the creditor which credit bureau it will go through to pull up your report, and only unfreeze that one credit bureau.Â

You may also have the option to unfreeze for a specific amount of time. Once the time is up, your credit file will automatically freeze again.Â

There are a few reasons why you might want to freeze your credit in this day and age, but just like with anything else, there are pros and cons to credit freezing. Here is a general breakdown of the benefits and downfalls of putting a freeze on your credit report:

It canât stop thieves from accessing your existing accounts: Credit freezes can only stop fraudsters from opening new accounts using your information. If youâve already been a victim of identity theft, a credit freeze canât block thieves from committing fraud with your current accounts. This means that thieves can still make a purchase using a credit card they stole from you.

Freezing Your Credit is a post from Pocket Your Dollars.

A Guide For Victims Of Tax Related Identity Theft

Being a victim of tax related identity theft can leave you scrambling to take the proper steps to set things right. Here’s are the things you need to do.